The core of Invalda INVL’s team comprises people who have long worked successfully in the capital markets, corporate governance, finance and other areas. They’ve accumulated diverse experience in the management of businesses both by serving as executives and by participating in the work of corporate boards and supervisory councils.

The members of the team built up their know-how working in the Baltics, Poland and other countries of Central and Eastern Europe. They gained their knowledge of finance, pharmaceuticals, road construction, manufacturing and other sectors by managing, acquiring, expanding, merging, splitting and selling businesses or creating them from scratch. 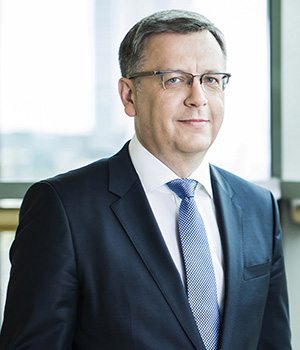 Chairman of the Board

After graduating from Vilnius Gediminas Technical University, Alvydas Banys worked for two years at the Economics Institute of the Lithuanian Academy of Science as a junior research fellow. In 1996-2006 he served as vice president of Invalda. From 1996 to 2000 he was also a member of the company’s board, and from 2001 to 2007 he was the chairman of the board. While at the company, Alvydas has also worked on the boards of real estate, hotel management and manufacturing companies.

Having accumulated experience in the establishment, acquisition, sale and reorganization of companies as well as in performance optimisation, risk distribution and the use of varied management and financing methods, he decided in 2007 to start his own business.

Even after withdrawing from the group’s day-to-day operations, Alvydas remained a financial investor with a significant equity stake, and in early 2013 he returned to the company’s board. He has been a member of the board of Invalda INVL since May 2013. 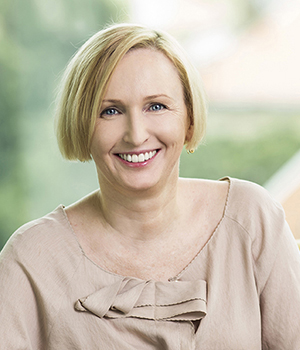 Member of the Board

Indrė Mišeikytė has a degree in architecture from Vilnius Gediminas Technical University. From 1994 to 1996 she worked at AB Vilniaus Baldai, later joining the real estate and investment firms UAB Gildeta and UAB Kremi. She has been an architect at UAB Inreal Valdymas since 2002 and a member of the board of Invalda INVL since April 2012.

CEO and Member of the Board

Darius Šulnis holds a Master's degree in Accounting and Audit from Vilnius University and in 2013 earned a Global Executive MBA from Duke University in the USA. He has accumulated more than 20 years of experience in establishing and managing businesses that are leaders in their respective sectors, as well as carrying out mergers and acquisitions of diverse types. This has involved attracting investment and working together with other strategic and financial investors.

Darius led the financial brokerage company Finasta for 8 years, the real estate company Inreal Valdymas for 4 years. He has been managing the investment company Invalda INVL from 2006. He has also served on the boards and supervisory councils of numerous Polish, Latvian and Lithuanian companies. 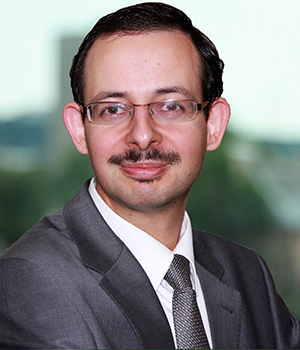 Raimondas Rajeckas joined the company in 1998 while still a student at Vilnius University. He worked as an accountant until 2000 and later served as head of finance for several of the group’s businesses. After obtaining a Master’s degree in Accounting and Audit in 2001, he became the CFO of Valmeda, which operates the Holiday Inn Vilnius hotel. In 2006 he returned to Invalda INVL and serves as CFO.

Raimondas has completed high-level training in International Financial Reporting Standards and tax accounting. He is experienced in the implementation of business accounting systems, the preparation of consolidated financial statements and the accounting aspects of corporate mergers.