The real estate investment company INVL Baltic Real Estate has submitted design proposals prepared with the design firm Viltekta for reconstruction of the administrative building at Palangos Street 4 / Vilniaus Street 33 in the Lithuanian capital, for consideration by the Vilnius City municipality. A public presentation of the project will be held on 20 January.

“I am confident that together with Viltekta we’ve found the best solutions for renovating the Communications Palace. Our plan is for the complex’s above-ground floorspace to increase by some 3600 sq. m. following the reconstruction. We want to develop an exclusive property that can meet modern business needs and to give the city’s residents the gift of a new gathering point with much more greenery, tidying up the buildings’ landscaping and a section of Palangos Street,” said Vytautas Bakšinskas, the real estate fund manager at INVL Asset Management, which manages INVL Baltic Real Estate. Once the design proposals are approved and other project coordination procedures are done, he added, work on the technical design for the reconstruction will begin.

Construction of the current building as per architect Justinas Šeibokas’s design was completed in 1978. The design proposals for its reconstruction were prepared by his son, architect Julius Šeibokas, together with the design firm Viltekta. According to the author of the proposals, the former Communications Palace, also known by its creator as the Automatic Telephone Exchange, was planned as a hub of development for the emerging modern technology of the time – communication by telephone. It symbolized a gathering point and discussion spot: it was a place for people to meet and interact, to call other cities around the country and the world.

“Already in 2012, with the building’s architect Justinas Šeibokas, we drafted initial design proposals for reconstruction of the Communications Palace complex to enable proper adaptation of its A and B corpuses for contemporary needs. Since the A corpus’s original purpose was to house telephone equipment, it did not need a lot of windows; we plan to increase their number significantly and thus adapt the space to the needs of modern administrative buildings,” architect Julius Šeibokas said of the project.

According to Viltekta CEO, architect Tomas Segalis, in working on the design proposals, the architects searched long and responsibly for the best ways to upgrade the building and its environs while maintaining the original architectural character of the Communications Palace.

“It is very important to us to preserve the property’s valuable features, particularly attending to the quality of the architecture, which the complex’s location in the Old Town of Vilnius demands. In developing the design proposals, we’ve paid great attention to the complex’s public spaces – after the reconstruction they will be completely renovated. In place of the above-ground car parks and on part of the roof of the buildings, modern green spaces and recreation areas are planned,” he noted. 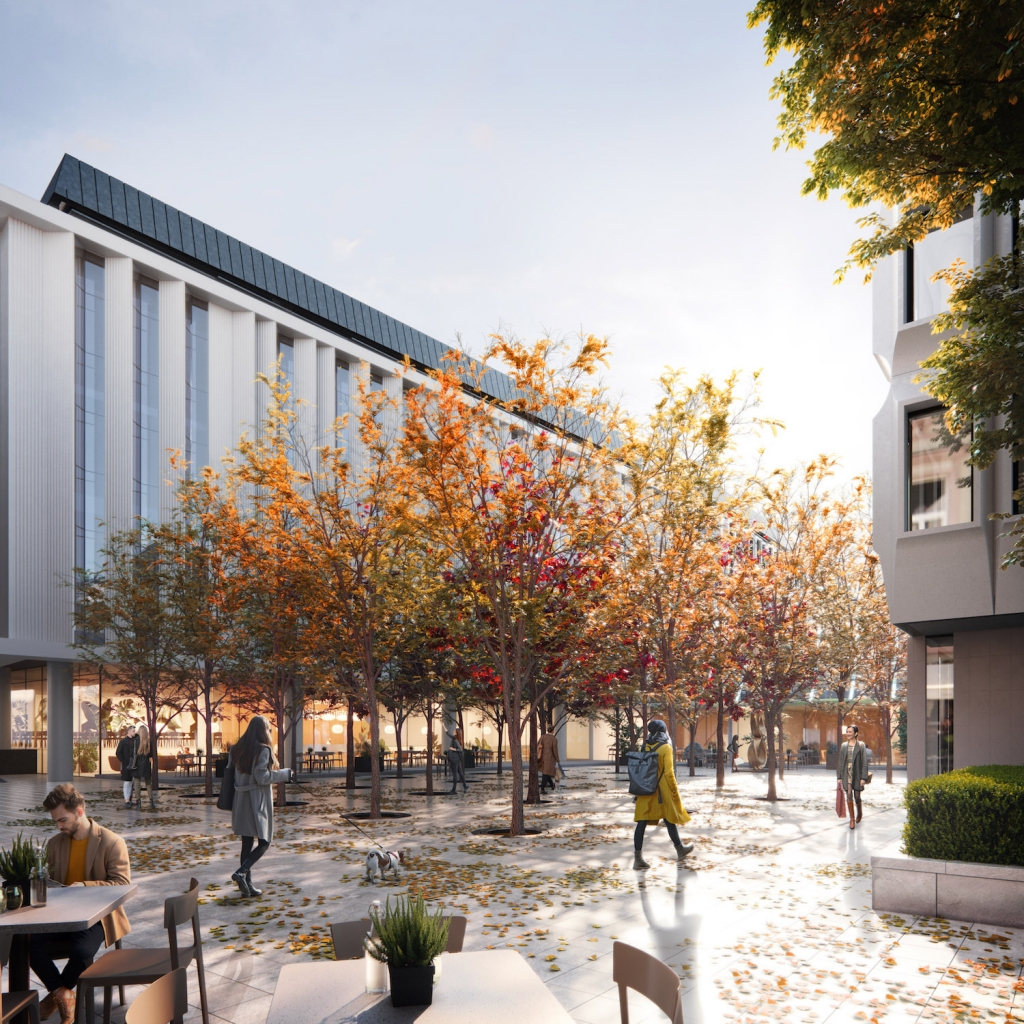 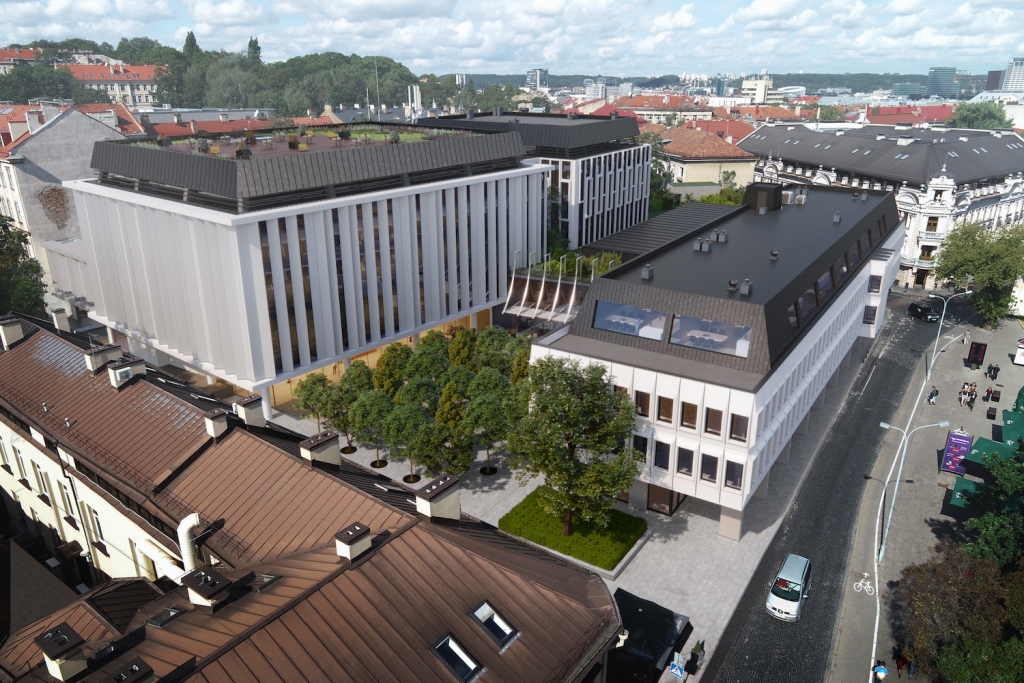 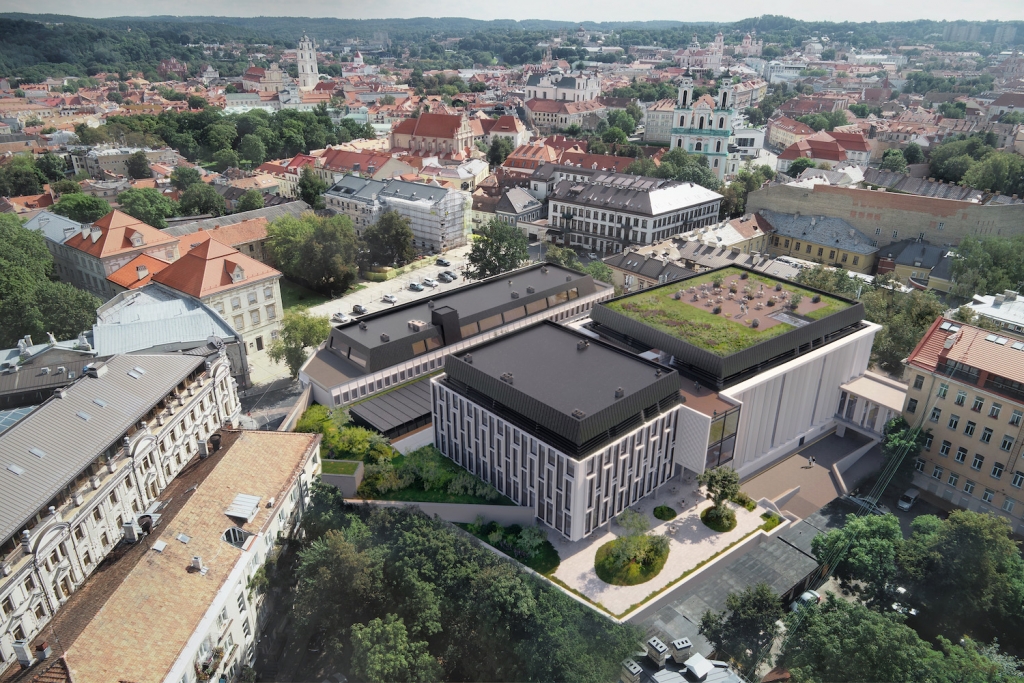 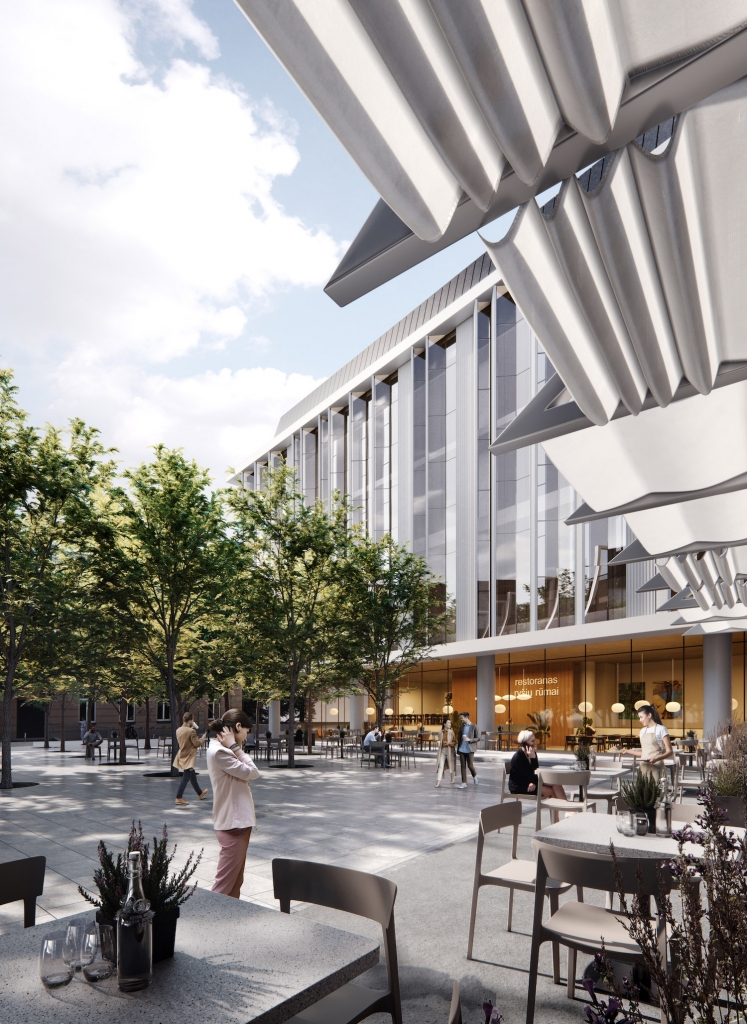 INVL Baltic Real Estate owns real estate in Vilnius and Riga: office buildings in the Old Town of the Lithuanian capital on Vilniaus Street and in Šiaurės Miestelis, and the Dommo Business Park manufacturing, warehouse and office complex beside the Riga bypass. Occupancy of the company’s properties at year-end was 98% to 100%.

Since its launch as a collective investment undertaking (on 22 December 2016), INVL Baltic Real Estate has been one of the Baltic real estate funds open to retail investors with the highest stable returns. The fund operates as a closed-end investment company. Management of the company has been assumed by INVL Asset Management, one of Lithuania’s leading asset management firms. The company will operate as a closed-end investment company until 2046, with extension possible for a further 20 years.

We use cookies on this website. If you agree, please click the "I Agree" button. You can cancel your selection at any time by changing your web browser settings and deleting your saved cookies. Read more →